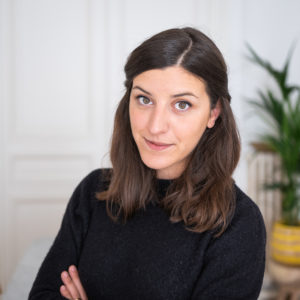 After graduating as valedictorian of her bachelor’s degree in advertising, marketing and communications at the École Supérieure de Publicité (Paris), as well as her master’s degree in international brand strategy at Sup De Pub Paris, Victoire Thiessé made her debut as a Social Media Manager successively at Marcel agency (Publicis Groupe) and Red Bull France.

She then joined Fred & Farid’s Paris office where she worked as a Social Media Strategist for almost two years and a half, assisting clients such as Etam, San Pellegrino, Beaux-Arts Magazine, Carambar, etc. in their social media strategy.

In July 2018, she joined Brand Station as Head of Social Media and Engagement Planning and was finally promoted as Head of Strategy in July 2019. Among other things, she took part in the agency’s campaign for Poulehouse, “The egg that doesn’t kill the chicken”, which aired in November 2019. She also assists clients such as Cadum (L’Oréal Group), Orange (in-store activation), or the Refuge Foundation in their brand strategy, to name a few.

In February 2020, Victoire and her team designed and hosted a conference entitled “The Bright Future of Crafted Brands” at the Hôtel National des Arts et Métiers in Paris, delivering a detailed analysis of how brands that promote craftsmanship and connected values manage to restore meaning and bring more authenticity and value to their relationship with consumers.