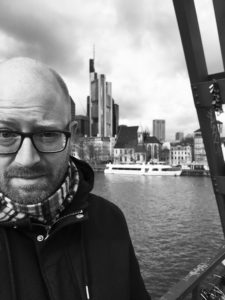 Alex is a creative with more than 15 years of experience in the business. Originally a journalist, Alex became a copywriter because he was convincingly told that advertising is better paid and much less work. Although this turned out to be far from the truth, he continued working for agencies like Ogilvy, Leo Burnett, and Jung von Matt, winning more than 100 awards along the way.