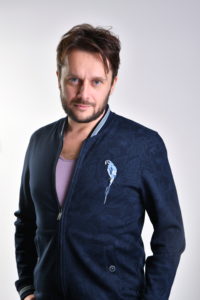 Founder, President & Head of Advisory at VMLY&R Poland, the European hub of the VMLY&R network advertising agency, part of WPP. He executes digital business transformation projects according to the Connected Consumer Experience methodology.

Awarded the industry’s Man of the Year title twice.
Since 2001, he has been building a marketing group comprised of the Heureka, Pride&Glory, and Brand Fibres agencies, among others, later transformed into VML, merged with Y&R. The company regularly wins the title of agency of the year and has received over 220 awards at Polish and international advertising festivals, including Cannes Lions, Effie, Innovation AD, Golden Drum, KTR, MIXX Awards, Adweek’s ARC Award. In 2019 VMLY&R Poland was awarded 5 Lions and named Cannes Lions Agency of the Year for the Track Good and also Agency of the Year Effie Poland.

A regular speaker at industry conferences. YPO’er, member of the Facebook Client Advisory Board, and numerous Supervisory Boards. Member of the MIXX Awards competition jury, the IAB Programme Board, and the SAR Innovation AD Programme Board, and chairperson of the jury of the Innovation AD and Effie competitions. Interested in theatre and painting, he produced the highly regarded monodrama entitled “Heavenly Father”. In the past, he used to edit popular entertainment TV shows.