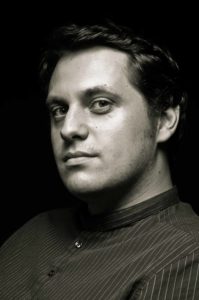 True to his surname, Mihai won over 150 gongs in his 17 years career spanning three countries and two continents.

Before his current regional creative lead role for Cheil SEE, he has helped TOMORROW Shanghai win two back-to-back titles of Greater China Boutique Agency of the Year from Campaign. Prior to that, he has led GMP/Jung von Matt Bucharest to two titles of CEE Independent Agency of the Year at Golden Drum. He has also been a part of the Jung von Matt team in Berlin and helped the agency secure its Global Independent Agency of the Year title at New York Festivals, Cannes Lions, D&AD, and Lovie Awards 2018, respectively, with work for BMW, MINI, Reporters Without Borders, and OhYouWomen.

Mihai has also led creative departments in top network agencies the likes of BBDO which he helped secure the ADC Agency of the Year in 2009 and Effie Agency of the Year in 2012. He has served as a jury member on various shows the likes of Effie, Eurobest, ADC Europe, New York Festivals, Busan AdStars, Intercontinental Cup, AutoVision Awards, KIAF, Webby’s and was a jury president at WINA in South America and Golden Drumin the CEE. He has also been teaching Integrated Advertising at the Cannes Lions Academy in Bucharest and Miami Ad School Berlin and led his students to a D&AD New Blood Pencil in 2019.