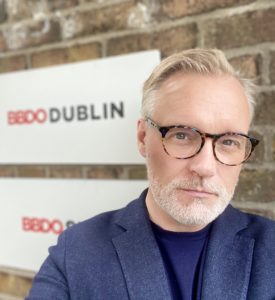 Neal has had a 30-year career as a client, an agency lead and as an industry figure on both sides of the Atlantic.

Before joining BBDO Dublin as CEO in 2017, Neal was CEO of Effie Worldwide in New York.

He began his marketing career with Kodak before joining Simons Palmer in London. A move to the USA in 1999 saw him hold senior positions at Chiat Day, McCann and TBWA Worldwide, before co-founding Naked Communications in New York and his subsequent career at the Effies.

He was awarded the Grand Effie in North America in 2003 and has chaired juries for the North American Effies, Effie Awards Europe and the Global Effies. He is on the steering committee for the inaugural Effie programme in Ireland.