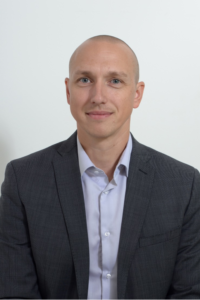 His first steady job was helping in the logistics department. In the following next years, he changed quite some positions and worked as a Logistics Assistant, Logistics and Sales Planning Administrator and then as a Field Operative Area Manager for new vehicles.

In 2012, after PSA moved both Peugeot and Citroën branches to the capital city of Ljubljana, he was nominated as Logistics and Sales Planning Director at Peugeot and Citroën Slovenia and stayed in this position for two years. Subsequently, he was Citroën’s and DS’s Brand Director and since July 2020, Filip is a general manager of C Automobil Import.