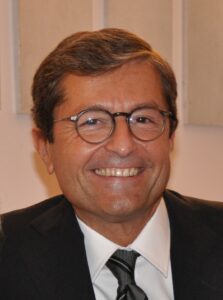 Born in 1962, he began his professional career in 1981 founding C&T, one of the first Italian companies dedicated to design information and communication technology systems. He get in touch in 1986 with RP Partners (later Ketchum Italy), a leading PR agency which he began to collaborate with since 1987.

Vice President in 1999 and later also CEO of Ketchum Italy. In 2013, he has been appointed Global Partner of the Ketchum International Network.

Board Member from 2015, VicePresident from 2019 of UNA – Italian Communication Agencies Association.