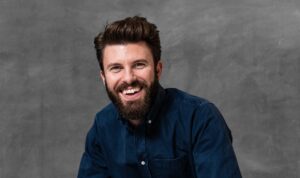 CEO, We Are Social Italy and Spain

In 2010, after a career in advertising, Ottavio with his longtime friends Gabriele Cucinella and Stefano Maggi, co-founded the Italian office of We Are Social, the socially-led creative agency. Now, eleven years later, he leads one of the biggest and most innovative agencies in Italy, with a team of more than 200 people.

In 2018, the CEOs oversaw the opening of a new We Are Social office in Madrid.

Over the years, We Are Social’s work has been recognised by the creative community with several awards, both in Italy – ADCI Grand Prix in 2016 – and globally, CLIO, D&AD, New York Festival, The One Show, The A-List among others, as well as the Cannes Lions in 2017.

He also regularly collaborates and teaches at IED and Poli.Design.