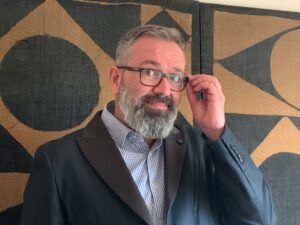 Martin begins his journey in advertising as a copywriter for “New Moment New Ideas Company” back in 2003. In 2005 he becomes the creative director of “DBB Sofia”, and soon after, he seals his expertise in the sphere by becoming creative director, first at the local agency “Reforma” and then at “Ogilvy Group Sofia”. This chain of events leads him to 2015 when he becomes the founder of “Nitram”, a creative advertising agency that in no time transforms into a leading force among the creative agencies in the country.

Martin has been honored with 120 + awards for his work, by the Bulgarian advertising festival as well as by various international festivals, including “Golden Drum”. When he is not immersed in the world of advertising, Martin devotes his time to writing, civic and political activism, and lately, he has become more and more passionate about cooking. Regardless of the technological advancement in the sphere of advertising, Martin firmly believes that the core of every successful communication continues to be a genuinely good story.