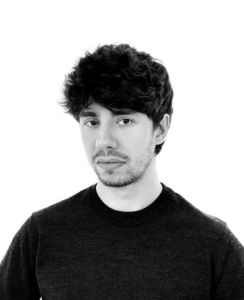 Graduated at Universidad Complutense de Madrid, Sergio began his career at Banco Santander’s marketing department. After that, he started working in the intersection of culture, innovation and strategy at Leo Burnett Madrid before he joined dommo, named one of the world’s leading independent agencies in 2011. There he started an in-company trends consultancy (NowTrends), co-founded a creative production company (Randm) and soon became one of the youngest members of the company’s leadership team.

Now, after completing his education in the Berlin School of Creative Leadership, he leads the strategy discipline at PS21, one of Spain’s hottest creative agencies according to Scopen, and has helped the agency become the most effective independent agency and second overall in Premios Eficacia 2021, the spanish effectiveness awards. He is also co-founder and partner of Jungle21, an independent creative ecosystem and PS21’s parent company.

His work for brands such as KFC, BBVA, PepsiCo, or Diageo has been recognised for its effectiveness with several local and international awards in Cannes Lions, The One Show, Eurobest, El Ojo de Iberoamérica, El Sol, Epica, Fiap and WARC Awards. He’s also a frequent strategy, trends and effectiveness speaker, professor at Miami ad School and TheAtomicGarden, and guest teacher at universities such as Universitat Ramon Llul, UFV or UC3M.