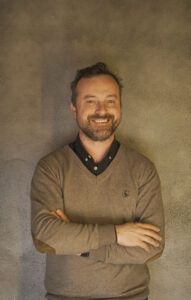 Rodrigo is Chief Executive Officer of VMLY&R in Portugal and also the Branding centre of excellence for EMEA, based in Lisbon. He believes and has a passion for communication and people. Started as a journalist, he’s an occasional photographer, author of two books, documentary director and passionate about different cultures and ways to bring visions together. For 12 years at the WPP Group, Rodrigo previously worked in Barcelona, managing operations for the worldwide account of the Spanish car brand SEAT, with more than 60 markets.

He then moved to London to be part of Grey’s global team, which was awarded the VOLVO global account. Focused on transforming the brand and making the journey to premium, Rodrigo managed a team spread across 36+ countries in all continents, spending most of his time on a plane, building, transforming and engaging the brand’s new strategy and mindset.

During this process, he moved to Sweden to setup a team at Volvo headquarters and collected a few global EFFIE Awards, 4 Grand Prix and over 40 Lions in Cannes Festival and several other recognitions in different competitions around the globe.

From Sweden to Copenhagen with a key role in building a creative and strategic network for the Carlsberg Group, focusing on top brands in the APAC and EMEA regions. Amongst his ‘world tour, he also worked with brands like HSBC, Emirates Airlines, Electrolux and IKEA. Above all, he developed his passion for connecting people and culture through a creative vision.

Speaks 6 languages (willing to learn more), Rodrigo is originally from a small village in the countryside of Portugal and started to build his career at the age of 14.