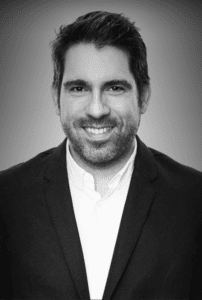 As Chief Strategy Officer at TBWA Group Istanbul, Toygun Yılmazer is responsible for brand and communication strategies of all clients within the agency. He started his career back in 2000 at IXIR, an out of the box internet company at a time when the internet was seen as the next big thing. After joining TBWA\Istanbul he was appointed the “Digerati” person, Turkish representative of the internal internet ring. He gained experience in TBWA’s London and Hamburg offices. Back in Istanbul, he led the communication strategies of many international brands such as Adidas, Absolut and Nissan in the Turkish market. He developed brand strategies for local big names such as Akbank, Turkcell and Turkish Airlines.

He is also the founder of the TBWA’s strategic consultancy unit called Disruption Consultancy. With Disruption Consultancy, the agency began to serve beyond the traditional “advertiser” brands in a wide range from innovative initiatives of large corporations to early-stage startups. In addition to his leadership role in TBWA\Istanbul, Toygun has also been leading TBWA\Zurich’s strategic planning team as Interim CSO. He has also spearheaded a regional strategy leaders group joined by strategy heads of TBWA\Europe, Middle East and Russia.

Marketing effectiveness, AI & creativity, and social good campaigns are a few of his favorite topics.  He believes that one of the best ways to create relevance for brands is through social good campaigns. He was a keynote speaker in SXSW 2017 on this subject with the title “Advertising for Good, What is it Good for?”.  His article with the same title was published in the UK’s Journal of Brand Strategy in 2019. In 2021 he was a guest at Brands That Inspire Podcast with Saptarshi Chatterjee on the subject “Advertising for Good – What worked and what backfired”. He believes that brands with brand awareness and familiarity, should rather consider advertising a social cause than advertising their well-known product.

Toygun is always on the lookout for new things. Curiosity and a desire for problem-solving are what kept him successful at his job for 22 years. He played a vital role in carrying TBWA\Istanbul to the top spot of being the biggest and the most awarded agency in Turkey. He feels lucky to be the leader of a team that won 74 Effies including 20 golds, and part of a team that won numerous Cannes Lions creativity awards on TV, media and design. In addition to being a jury member at Euro Effies in 2012 and Effie Turkey in 2013 and 2022, Toygun served in the Advertising Association Effie Committee in Turkey. He is returning to Effie Turkey as a jury president in 2023.